Thursday October 6, our plane left Phoenix at 8:40am. We had a short flight to LA, where we had about a 3 hour layover. We loaded onto our plane and were all ready to go when the pilot announced that a latch on the door of the plane was broken and they were having some mechanics try to fix it. shortly after that we were all deboarded and told that we would be waiting a couple more hours. After a couple more hours we were told they were sending us a different plane from Salt Lake and we wouldn't be leaving LA until 7:15 pm. The generously (not!) gave us each a $6 voucher to buy food at the airport for our troubles. So we had a really long day hanging out at LAX eating overpriced airport food and trying not to go crazy. At least I was spending time with Trent. We finally got into Lihue, Kauai at about 11pm Hawaii time (2am our time). We grabbed our rental car and drove to our hotel in the dark.

In the morning we got to sleep in a bit. One of the highlights of the trip for me was waking up that morning in a quiet room to my sweetheart kissing me and then looking out our hotel lanai to see this gorgeous view. 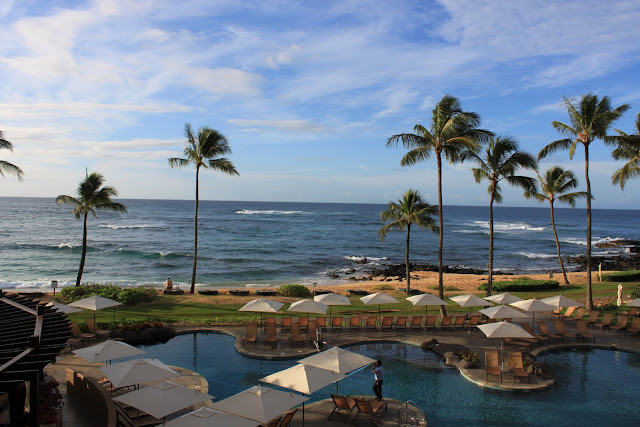 We got ready and headed west to see Waimea Canyon and take a hike. On the way we stopped at a popular spot for breakfast called Kalaheo Cafe and Coffee Co. The cornbread muffins they served with everything were delicious. We thought it was interesting that one of the starch choices besides hash browns or toast was rice. Anyway, from there we headed west and up the windy canyon road. 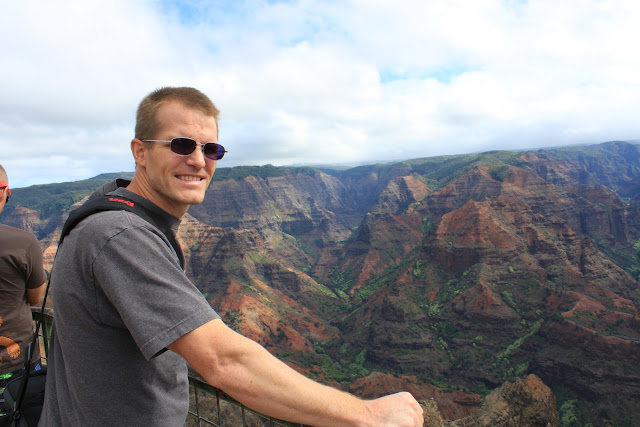 There were some great lookout views.
We hiked the Canyon Trail to Waipo'o Falls. It wasn't too difficult, but wouldn've been much easier if I were in better shape. I heard it could be cooler up in the canyon and wore jeans. I was sweating like crazy and rolled them up as high as I could. The trail led to a small waterfall with a very cold pool beneath and then to the top of a larger fall. It was hard to get a good view of it from the top though. 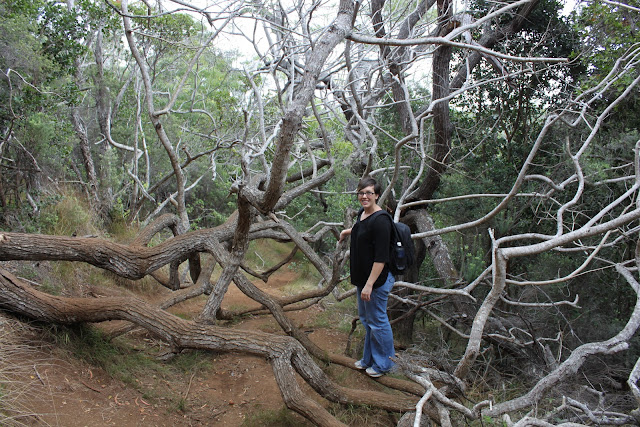 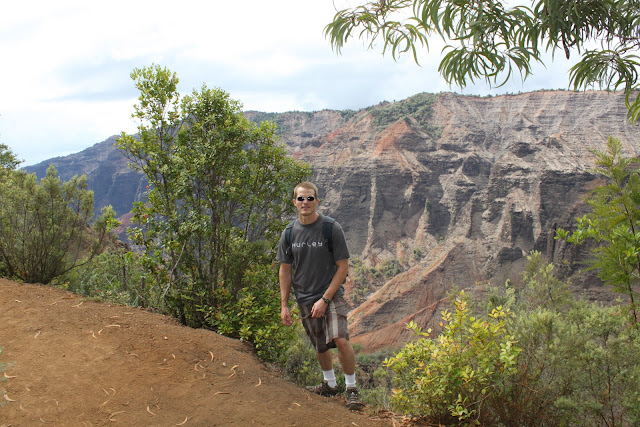 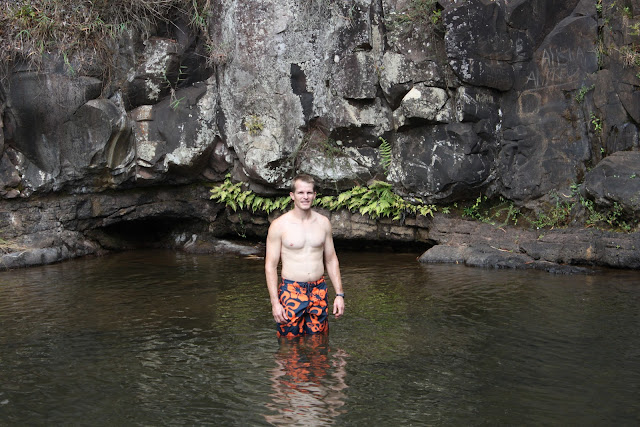 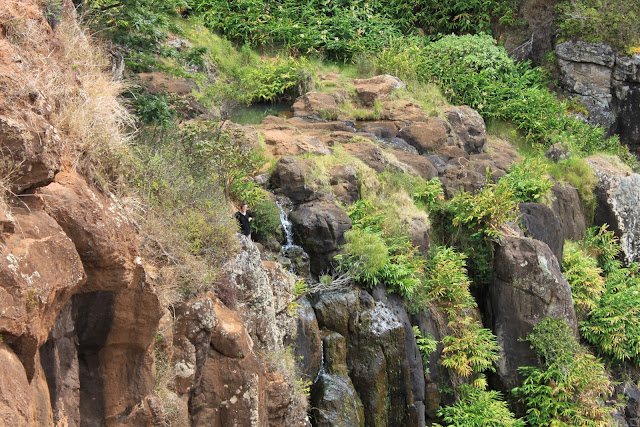 After the hike we stopped at one more lookout point. The Pu'u o Kila Lookout, which was gorgeous. 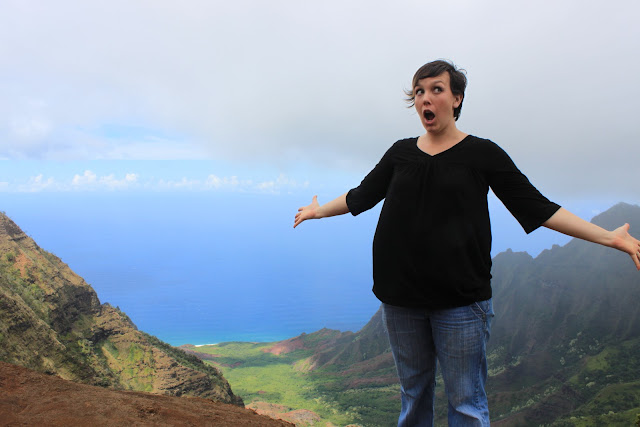 Then we drove back down the windy road, where I had to make Trent pull over because I was getting sick. We had a nice lunch at Wrangler's Steakhouse and then delicious Shave Ice at Jo Jo's. They put a scoop of Macnut icecream at the bottom which was really tasty.
Then we headed back toward our hotel. We went to the Spouting Horn, which was a pretty cool spot to see the ocean spray up through a blowhole and hear air hissing through another one. 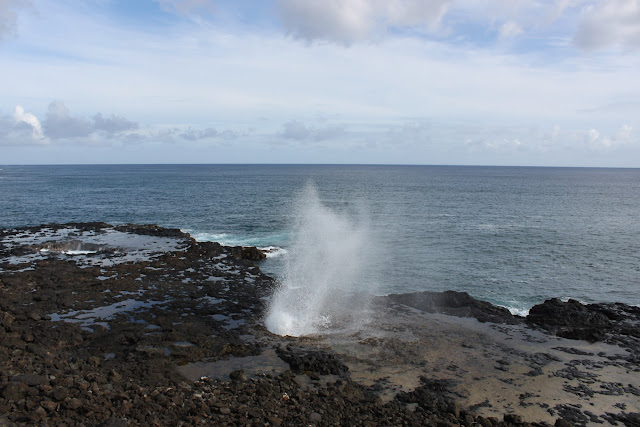 Then we went back to the hotel and changed into our suits. We went out to the beach. It was cloudy and the sun was going down, so I stayed on the sand while Trent jusmped in and snorkeled a bit. Then we warmed up in the hot tub for a bit before heading to bed. We were too tired and still full from our late lunch to bother with dinner that night.
Posted by Robin at 10:42 AM

Beautiful pictures Robin! You guys look like you're having so much fun. Sorry about the awful LAX wait.