So, Charlotte's birthday is December 26th. We did have a celebration with Trent's family at the beginning of the month at the same time we celebrated her Aunt Jen's birthday and her cousin Ashlyn's. 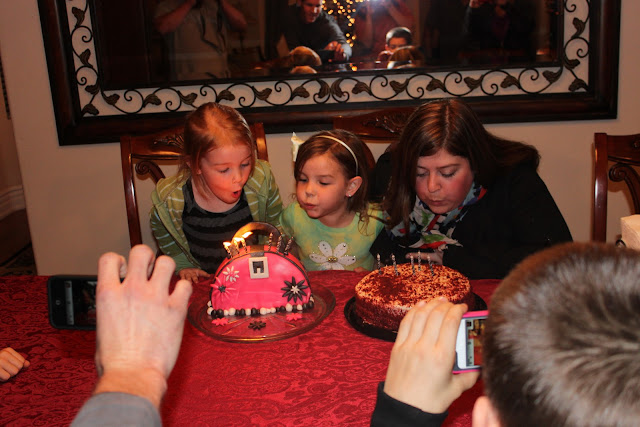 On her actual birthday she woke up to a new bike and some barbies. She had outgrown her other bike and was really ready for a new one. The one Trent had gotten was actually a little too big, so he ended up taking her to go pick out a new one. That was after he took her to go get doughnuts for breakfast. The kids spent most of the day outside with Trent, riding bikes and scooters and enjoying the nice weather. Then Charlotte requested we all go to Souper Salad for dinner. It was so nice spending the whole day together as a family. We stopped by Grandma and Grandpa's on the way home to see Trent's sister and her family who had gotten in town from Idaho. 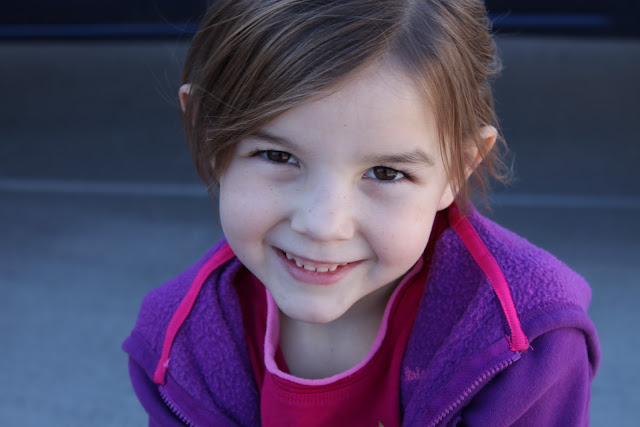 It was too late when we got home to make a cake, so I promised we would do it the next day. When I tucked the girl's in for bed, I sang them a song and when I turned to leave the room I saw Trent standing in the doorway. He wanted us to sing "Happy Birthday" to Charlotte before she went to sleep. I really think he is the cutest Daddy alive.
Posted by Robin at 3:04 PM

Ahhh, she is getting so big! And what a beautiful girl!!