Sorry if anyone was disappointed by my lack of blogging lately. These 4 kids keep me pretty busy and at the end of the day my priority is to lie down.
Christmas week was busy and fun. The Saturday before we had a ward Christmas party with another Santa. 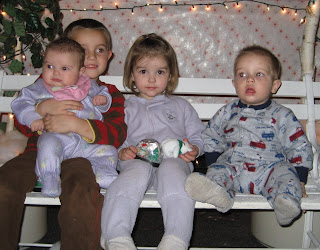 Henry was not a fan. 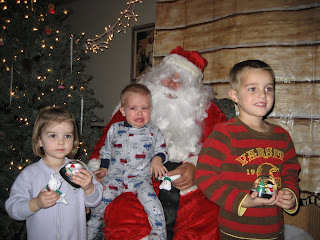 Some last minute Christmas shopping and baking was done. Christmas Eve we dropped in on Trent's parents before heading to my parents where we ate soup and pork tacos and had the grand kids open all their presents from Nana and Papa and then all the siblings had a gift exchange. 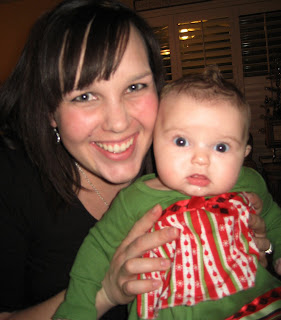 It was a good time and we came home to prepare for Santa. 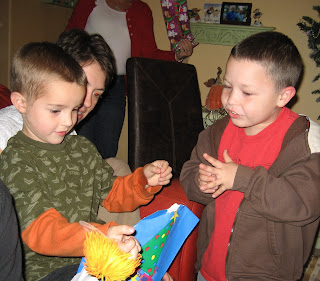 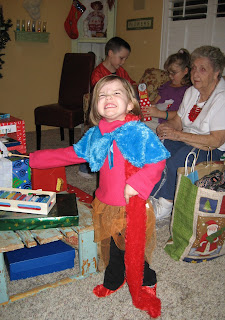 Christmas morning Henry was first to wake up. We brought him in our bed where he happily "talked" and "sang" to us for a good few minutes before Charlie hopped in to the bed to join the fun. A few minutes later Tucker came in and announced that Santa had been here, he checked and there were presents. 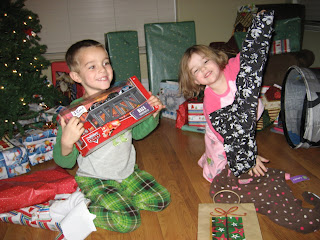 Trent's parents came over to join us and brought cinnamon rolls and more gifts. Charlotte's favorite present were the princess dresses from Grandma. 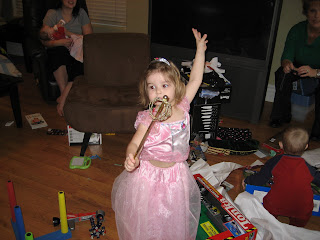 After relaxing a little and picking up for a while we went to Bart and Dusti's for more food and hanging out. It was a long day, but very nice. 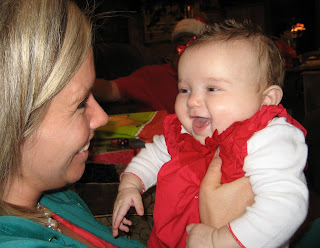 I haven't even posted anything Christmas related. You are awesome to share so many great Christmas moments. All the kids are so beautiful and happy!

I love you and miss you all!

Those pictures were glorious.

All your Christmas pictures are super cute! :)