My gorgeous kids-Not to brag, but seriously 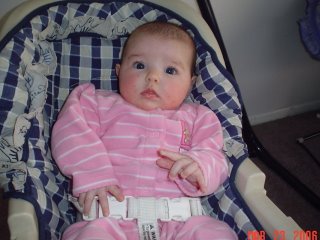 I can't believe Charlotte is already three months old! She is ticklish, she can laugh, she smiles and coos and is simply wonderful and makes each day a blessing. She is so strong, it amazes me how she can totally lift her whole torso with her stomach muscles, I bet she will be sitting up before much longer.

Tucker is so smart and funny, but also moody and bossy. Here you can see his new biting his bottom lip thing he does that drives Trent and I nuts. He mostly does it when he is tired. He only naps on the couch, and some days I can't get him to do that and then I find him asleep eating a snack at the table. His potty training is coming along well, he now asks to go to the toilet or "toidy" - usually right after he goes in his pants. But more often now he is actually using the toilet and not just sitting on it and squeezing until his face is red. Hopefully not too much longer now until I can have him in his Dash underwear (I have this habit of saying panties, which Trent feels is totally inapropriate for a young boy-go figure.) 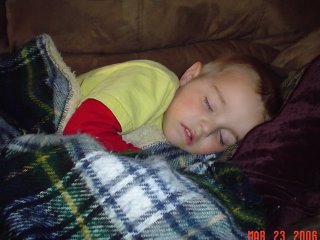 that is so funny you call them panties... I am laughing out loud... the unisex word is underwear, right?

When you have Tucker potty trained, can you please come train Taj? Pretty please??

Your kids ARE gorgeous and I think it's cute when Tucker bites his lower lip but even cuter that he falls asleep while eating.