Trent doesn't exactly appreciate my decor taste. He would much prefer to stick with a traditional formal style. I think that looks nice, but is so not me. I like mid century modern, but I also love more antique shabby items as well and I love color. Trent was trying to nicely tell me the other day that traditional and formal just looks more expensive and nicer. Basically he thinks my taste is tacky. I told him that I am the one who spends 90% of my time in the house, so he will pretty much have to live with whatever I do to it. I'll try not to pick anything he hates too much. Although, having said that, I did just purchase I hanging light fixture that I'm pretty sure he will protest. I'll post pictures when I get it up. I mean hung. Uuuh. Anyway the paint is up for the front room. My goal this week, curtains and throw pillows. But for now you'll just have to live with some inspiration pics I have saved on my computer. 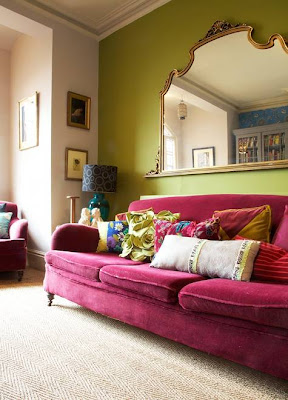 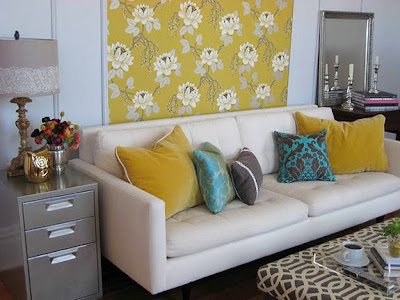 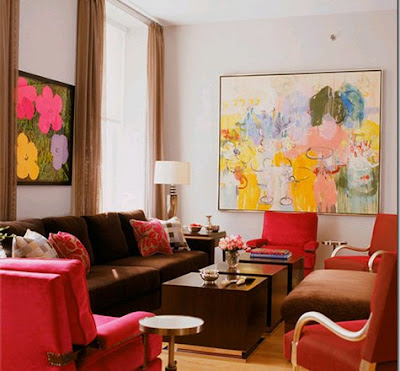 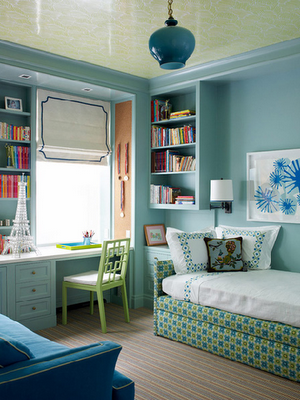 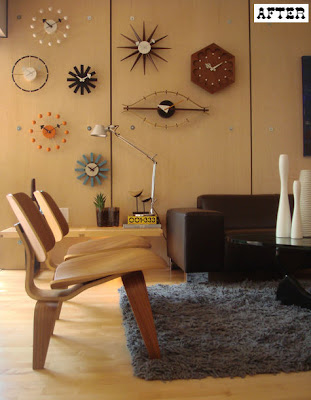 Hey Robin ... what great taste you have!
I have a pic of your gorgeous necklace in action on my blog. As soon as I get a chance I will do a proper post all about my necklae :-)

Ooooooh. Oh how I can't wait for pictures of your front room now! And now I want a clock wall too.