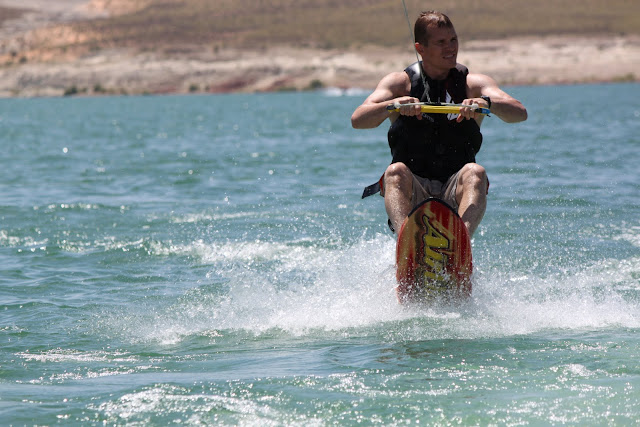 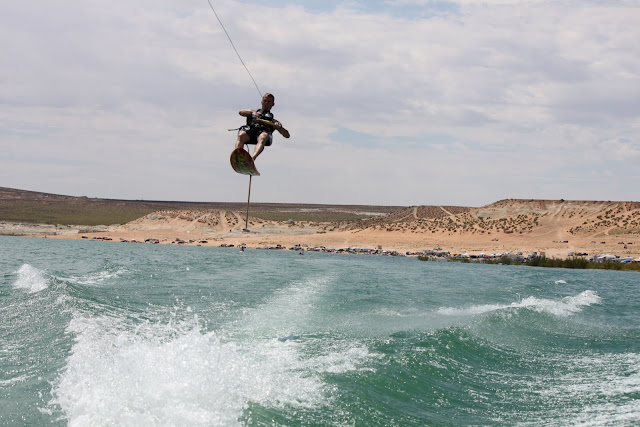 Trent is awesome on the Air Chair. He gets such huge air. He gets practice too, since he goes about once a week with some buddies from work to swim about a mile, then they air-chair.  It is such a funny looking sport. His dad and brother's Blake and Bart are really good as well (Blake busts out the back flips). None of the girl's do it. This year a couple of the older nephews got up on it as well. I tried a lot. I managed to get up for about half a second (Victory!) 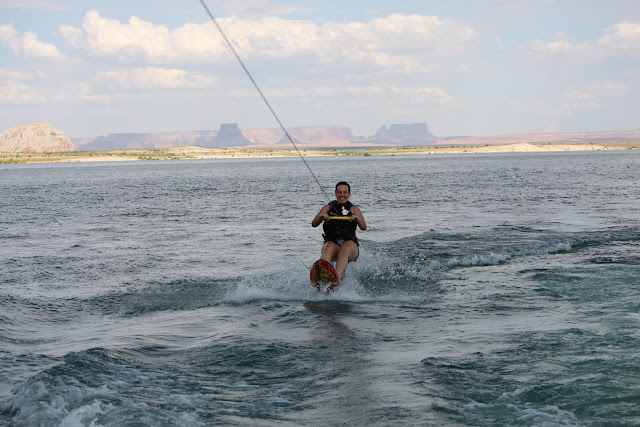 Then I stuck to the wakeboard. I actually got a little air once, but we didn't get a picture (of course). 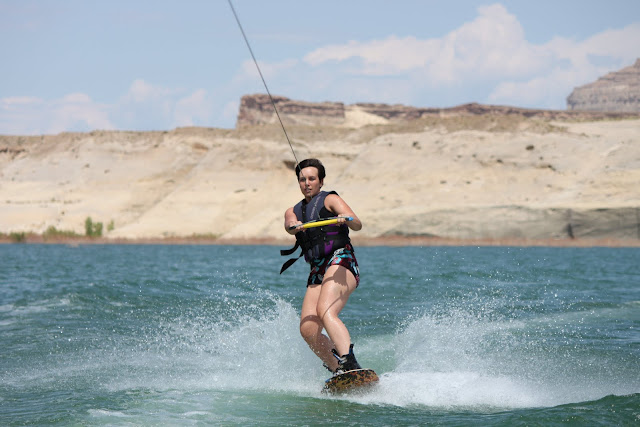 Tucker did some kneeboarding. It was pretty stinking cute. When he started turning his knees from side to side and waving to us instead of just going straight the whole time he told us that was his first time doing tricks! 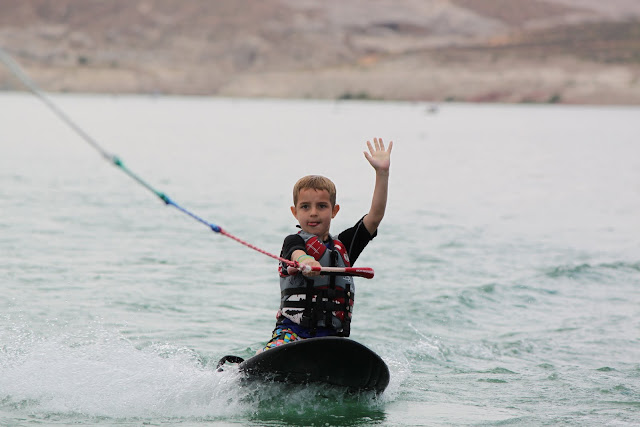 Each of the kids got to ride the tubes, I even took Paisley for a ride. Charlotte and Henry even got to wakeboard with their dad. Uncle Blake took Charlotte the first time, then Trent got to take them later. 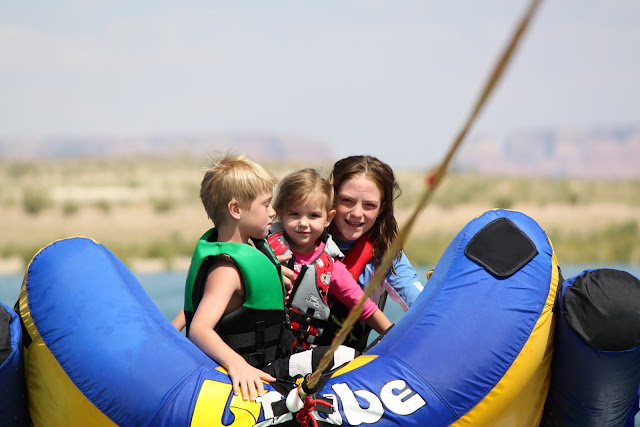 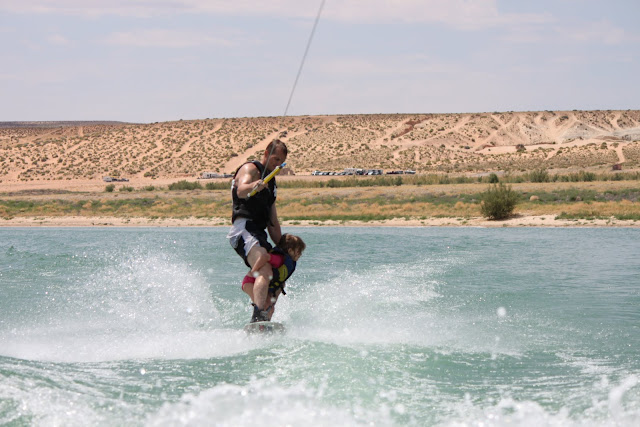 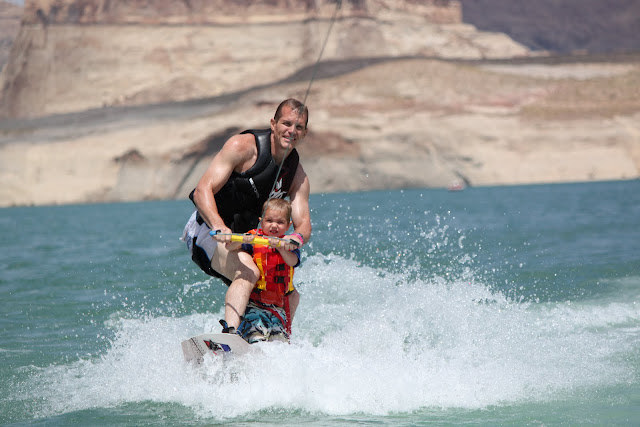 Looks like everyone had a blast and the pics look PHENOMONAL-- looks like your learning to use your lil' rebel!!

Great pics! I need me a fancy camera. And I'm now missing our boat and wakeboarding. :( air chairs look awesome, thats some sick air too!

I can't believe the kids got on there with Trent, how fun! You look awesome by the way, I want to chop my hair every time I see yours.