Ted Ted the round head 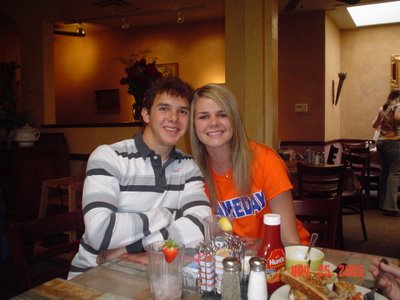 Here comes the return of my sibling posts.
Teddy is the 6th child in our family, he is 6 years younger than me. Ted is the first newborn I ever remember seeing. We went to the hospital after he was born and he was this cute tiny thing in a little beanie. When my mom took off his little hat I was shocked to see that the whole thing had been filled with this long cone head. His head looked just like a football. Well, as little Teddy turned into a darling blonde little boy his head turned out perfectly round and we would sometimes call him Ted, Ted, the round head.
Teddy is a beautiful, blonde hair blue eyed boy. He and the next youngest Mark were just 22 months apart and inseperable as little boys and always reffered to as "the boys". Adam who had been waiting for a brother for a long time after being surrounded by 4 sisters was very pleased to have little boys to tease and boss around. I remember at some point he made them call him "master" and he called them his "henchmen". They would obey his every command it seemed.
As Ted got older his hair got darker, and turned curly. He can sport a fro with the best of them. He is built much like Adam, very slim and athletic. He took up running. He competed in cross country and the distance races in track. I am so bummed I didn't get to be there for more of his meets, I only got to see him compete in one track meet in Tempe-I think it was the Tempe relays, and one cross country meet at Red Mountain while I was in Mesa on visits. He did very well and competed in State, I am sad to say I am not sure how he placed overall, but I know he did well. I wasn't around for most of his high school days, and I feel that I still have a lot to learn about Ted.
He is a night owl and a late sleeper(at least he was before his mission). He is an avid reader and loves fantasy novels. He is easy to get along with. He is handsome. He is silly and maybe even a bit dorky. He loves food. He is on a mission for our church, the Church of Jesus Christ of Latter Day Saints, in Madagascar. He is an awesome brother and on his way to being a great man!
I love you Ted! 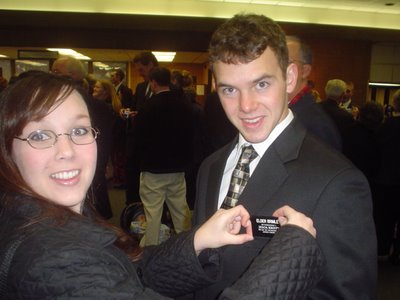 What a cool tribute! I really liked that one!

i had tears from this one...

Baby brothers are the best!! I love braggin on mine. He hasn't been out long, has he?

That first paragraph made me laugh, it is the exact memory I have. Gotta love Ted.

Everyone in your family is so good looking!

Super color scheme, I like it! Keep up the good work. Thanks for sharing this wonderful site with us.
»